There is something uniquely queer about Advent. Traditionally, Advent is a time of anxiously awaiting for the kin-dom of God to be revealed among us. It hinges on what is known as the Incarnation, or when God became human through Jesus. The Incarnation or enfleshment of God dissolves the binary of human and Divine, much like Queerness dissolves so many binaries. In the same way, modern-day queer experiences uniquely capture the now and not-yet ness of the justice of God being revealed in God’s kin-dom. Throughout the 4 weeks of Advent, we’ll be exploring these connections through the lectionary readings for Advent this year. I’m glad you’ve decided to join me as we Queer the Way for the Divine.

The Lectionary text this week shifts from focusing on John the Baptist to Mary. This passage might be one of my favorite passages of scripture, bringing great memes, art, and proving how one popular Christmas song mansplains the incarnation to the Mother of God. To top it all off, it is really Queer.

Our passage this week begins right after Mary meets a terrifying angel who tells her that she will get pregnant despite not being married and that this child will be God’s. What’s important in the lead-up is a line that is easily missed, and I missed until just a few months ago while working with my Spiritual Director.

The angel replied, “The Holy Spirit will come over you and the power of the Most High will overshadow you. …

Here we have the Holy Spirit coming down upon Mary and being overshadowed by the power of God. Some view this as God getting Mary pregnant through the Holy Spirit, but it’s so much more. This is the Holy Spirit empowering Mary to raise up sweet little baby Jesus into the man whose ministry shaped the world. So yes, Mary did know.

So Mary, just finding out about her upcoming pregnancy, flees to her chosen family, an older distant cousin who is SIX months pregnant.

39 Mary got up and hurried to a city in the Judean highlands. 40 She entered Zechariah’s home and greeted Elizabeth. 41 When Elizabeth heard Mary’s greeting, the child leaped in her womb, and Elizabeth was filled with the Holy Spirit. 42 With a loud voice she blurted out, “God has blessed you above all women, and he has blessed the child you carry. 43 Why do I have this honor, that the mother of my Lord should come to me? 44 As soon as I heard your greeting, the baby in my womb jumped for joy. 45 Happy is she who believed that the Lord would fulfill the promises he made to her.”

Mary, a young unwed mother flees to her chosen family for support. And knowing that Mary’s pregnancy was going to be received by those in Mary’s hometown with a bit of conflict, Elizabeth and Zechariah welcome Mary into their home. They seek to provide Mary the place to flourish in her first trimester which happens to be Elizabeth’s third trimester.

This past Friday, I had the opportunity to attend a Queer Christmas Pageant and it was absolutely glorious. In the biblical text, God chooses an impoverished and unwed teen to be the Mother of God. In the Pageant, the Divine meets humanity in the presence of a Queer community, predominantly a Queer community of color. It’s easy to see parallels in how both communities were the social outcasts of their days. I cannot help but see how BIPOC Queer Communities are the enfleshment of the Divine. Especially when we see how Queer led communities in Baltimore are taking care of each other through mutual aid and establishing housing and other support for the LGBTQIA community of Baltimore.

It is in the safety of her chosen family that Mary is able to fully proclaim the coming enfleshment of the Divine through her son, Jesus.

“With all my heart I glorify the Lord!
47     In the depths of who I am I rejoice in God my savior.
48 He has looked with favor on the low status of his servant.
Look! From now on, everyone will consider me highly favored
49         because the mighty one has done great things for me.
Holy is his name.
50     He shows mercy to everyone,
from one generation to the next,
who honors him as God.
51 He has shown strength with his arm.
He has scattered those with arrogant thoughts and proud inclinations.
52     He has pulled the powerful down from their thrones
and lifted up the lowly.
53 He has filled the hungry with good things
and sent the rich away empty-handed.
54 He has come to the aid of his servant Israel,
remembering his mercy,
55     just as he promised to our ancestors,
to Abraham and to Abraham’s descendants forever.”

Out of the marginalized, Mary is inspired by the words of her ancestors to proclaim the coming reign of God’s kin-dom as it will be revealed in Jesus. (This hymn spoken by Mary is frequently called the Magnificat.)

Scattering the arrogant and proud.

Casting down the mighty and powerful.

Uplifting those that are suffering and hungry.

Removing the power from the rich.

This is the vision of the life for Jesus proclaimed by Mary.

This is the hope we see embodied by Queer communities seeking justice and taking care of the needs of those most suffering.

May we join in the ongoing revelation of God’s kin-dom.

I’ll leave you with a few songs for this week. First, a rewrite of Mary did you know.

And then a beautiful song inspired by the proclamation of Mary.

Thanks for joining me for Advent this year. Feel free to use the contact page to send me any topics that you’d like to see me tackle in the future. 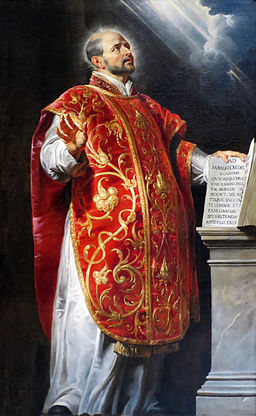 I was first introduced to Lectio Divina almost 10 years ago and it has been my go to method of meditating on Scripture. Like the Prayer of Examen, Lectio Divina is generally traced back to St. Ignatius of Loyola. I’ve seen many different ways of phrasing the method of Lectio Divina, but generally it’s based on reading a passage of scripture slowly multiple times with different intentions. Below is a summary from Richard Rohr.

A quick search on YouTube will provide a handful of guided meditations through different passages of scripture. It can really be done with any passage that you would like.

More recently I’ve been introduced to using coloring book pages with scripture on them as a guide for Lectio Divina.

The Young Adult Sunday school at Emmanuel is currently discussing Diana Butler Bass’ Christianity after Religion and this week we were discussing how our faith should shape our behavior. One of the main parts of the discussion was about spiritual practices so I wanted to take some time to gather together resources on different spiritual practices from across many traditions.

This week I’ve gathered a few resources on the Prayer of Examen. I’ve used this both on my own and also I have used it to lead a guided time of reflection for a group of people from incredibly diverse Religious backgrounds. The beauty of the examen is that it is not prescribed and can be easily adapted for the name that you give the Ground of Being.

This Prayer/Meditation was designed by St. Ignatius as a way to reflect on the presence of the divine in each day. It generally has the following parts:

When I first started trying to do the Examen, I found it hard to memorize the 5 steps (I know, it’s only 5). But I found great joy and support in various guided versions of it. A quick search on Spotify or Youtube will lead you to many different guided meditations for the examen. Here’s three of my favorite:

This video guides you through the Examen in about 16 minutes. Here’s the reflection that they wrote to go with the meditation.

The 6th project from A New Liturgy focuses entirely on the examen. The full 28 minute version is available to stream for free on sound cloud. If you purchase the full album, the mediation is broken down into several parts and it also comes with a 10-minute version of the meditation and a few tracks about it’s usage and history. The album page does allow you to stream the full album if you want.